Recent information suggests that, while many business sectors are moving to create interesting, engaging, and helpful digital marketing strategies, banking is lagging behind.

How to Increase Readership on Your Bank's Blog

If you work for a bank, how would offering a nominal short-term interest rate bump – or maybe a free toaster – increase website traffic?

The fact is that they wouldn't. These ideas stop way short of being smart, productive strategy. So what should you do?

The fact is, though, just because you build it doesn’t mean anyone will come.

No Pain, No Gain, No Obtain – Qualified Business Loan Leads, That Is The cliché phrase, “No pain, no gain” probably originated in one of the ubiquitous exercise videos from the early ‘80s. Jane Fonda, anyone? Still, the basic concept continues to apply across lots of different activities.

Maintaining a steady pipeline of qualified, interested business loan prospects has always been a bit haphazard. There is a better way.

Establishing buyer personas, one of the foundation concepts of inbound marketing, makes a world of sense - especially in the context of growing a more consistent pipeline of qualified business loan leads.

In fact, decades ago, the eminent scientist Albert Einstein defined insanity as “doing the same thing over and over again and expecting different results.”

So here’s the issue: if all of us have heard this before, which we have, why do we continue to do it?

For Business Loan Prospects, Change What You Say & Where You Say It

Getting a good pipeline of business loan leads has always been a bit uneven. Generating business loan prospects has consisted of cold calls, networking, and marketing messages distributed via media channels designed to create awareness among a target population of prospects identified by the bank. Yelling to a stadium, as it were.

Typically, messaging has focused not on the loan itself, but on ancillary bank services. It was a tolerable approach, partly because it was all we had. But, the world has evolved. Dramatically.

Virtually every bank, almost regardless of size, has as one of its strategic goals to develop, and acquire, more good-quality business and commercial loans. They're lucrative for the bank, and extremely helpful to the growing business that needs funding. It's tough being the CMO at a bank or credit union.

No one would argue that point with you. But instead of dwelling on the reasons why it’s true, let’s look instead at why bank CMOs and business lending leaders should pay close attention to inbound marketing programs built for your lending business. Fact is, they can significantly increase your business loan portfolio profitability over time. Inbound marketing programs definitely do not suck. 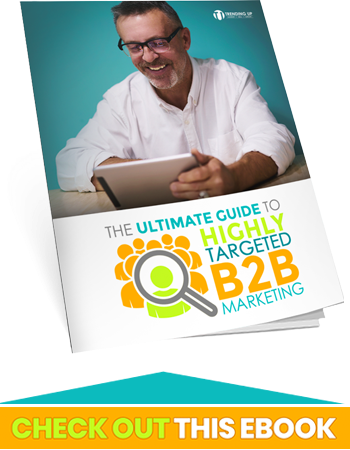 About The Trending Up Blog

On our blog, we'll share our passion and energy for strategy, inbound marketing, selling, and growing businesses. We hope you'll do the same!

Here's what to expect from our blog:

Sign up to receive our blog updates in your inbox. 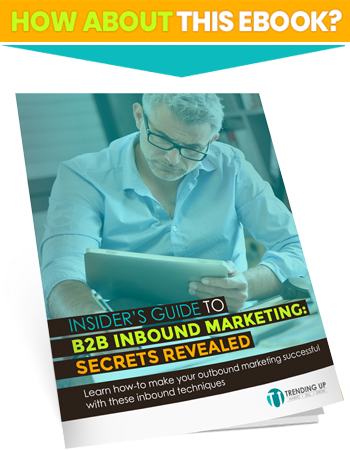